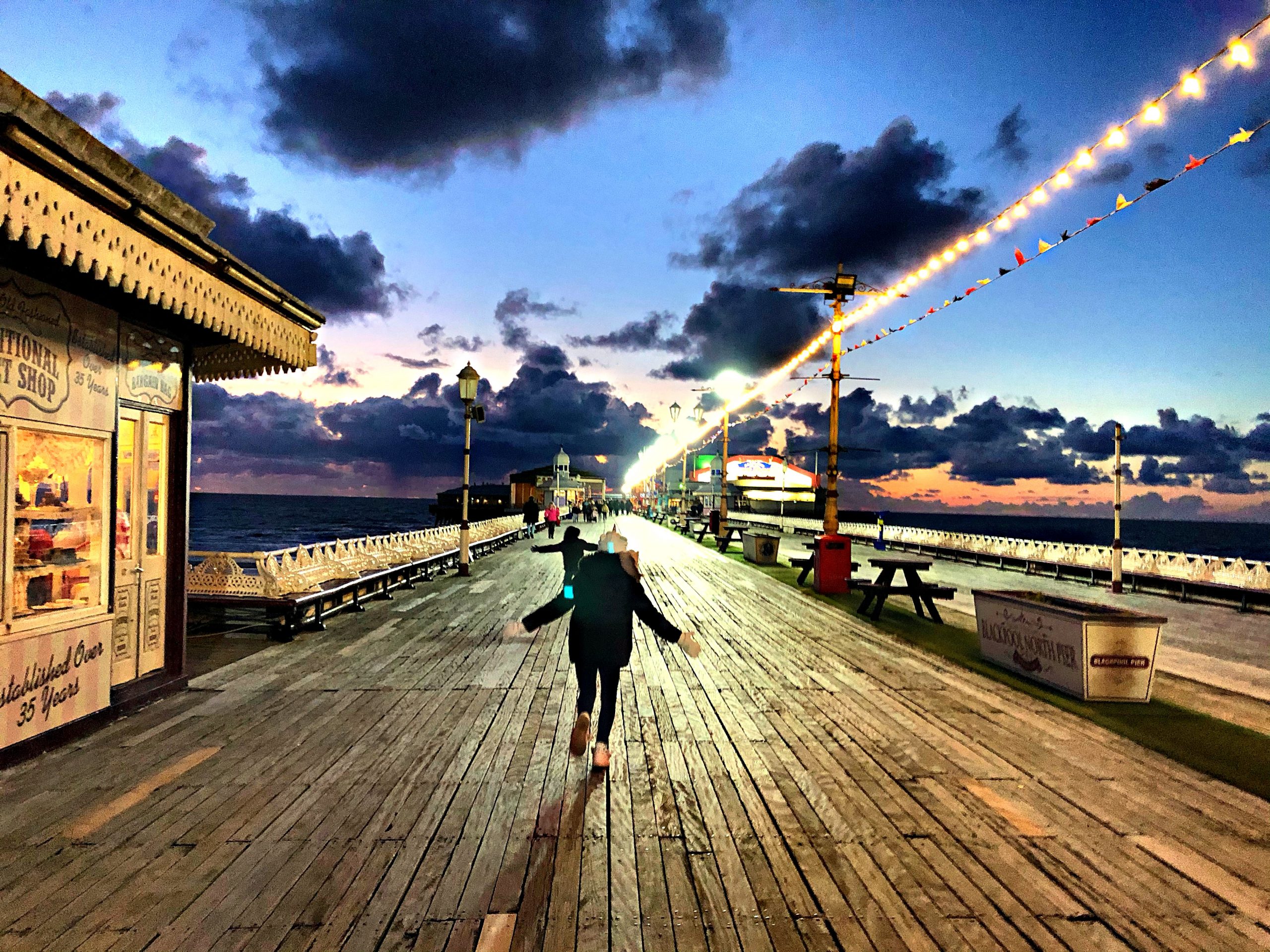 “So where is it this half term?” I was asked several times “Vegas…Egypt…Dubai?”

“I’m going to visit Blackpool” I answered with some trepidation in my voice, prompted by preemptive thoughts of neon lights, run down souvenir shops and rowdy stag parties (fyi I saw just the one stag party and was quite impressed by the groom’s Colonel Kentucky outfit). Oh and that freezing northern climate 🥶

Give Blackpool a well-deserved chance folks. A lot of money has been spent on its regeneration over the last few years, and Blackpool has managed to give itself a facelift whilst preserving a lot of its Victorian seaside charm. The promenade is immaculate, following a £100 million regeneration project, and the town itself is an awful lot smarter than many other UK beach resorts that we have visited over the years.

My favourite part about Blackpool is how it retains its authenticity as a traditional British beach resort. Wooden Victorian piers with family show bars, copious fish and chip shops, donkey rides and traditional fairgrounds still stand loud and proud, all under the watchful eye of the iconic Blackpool Tower.

The Tower complex is a great slice of history in itself, and is like stepping back 125 years in time. In a world of modernity and innovation, we genuinely enjoyed embracing tradition as we visited the circus, the ballroom, and of course the top of the tower itself (each of which is worthy of a potential blog post in its own right).

We were blessed with dry, clear weather, and the nippy temperatures were easily combatted with hats, scarves and gloves (there was the odd hardcore pair of shorts spotted at times😱-clearly not on the bottom half of a southerner!). And whilst the temperatures were cold, the reception was consistently warm. Blackpoolians are a friendly bunch who are proud of their town (a positivity which disguises the fact that Blackpool has 8/10 of the UK’s most deprived neighbourhoods: a valuable lesson for those of us who are often negative about our own, more affluent towns).

So thumbs up to an autumn visit to Blackpool from the Griffiths Family. Absorb the bustling atmosphere under the evening illuminations, eat fish and chips with a wooden fork on the seafront and get sucked into the hypnotic effect of the arcade 2p machine 😂

More information can be found at Visit Lancashire, Visit England, Blackpool Piers and the Family Adventure Project. For accommodation we always use AirBnB and managed to secure a great caravan at the local Haven Marton Mere park. All of our activities at the Tower (and also Madame Tussauds and the Sealife Centre) were included as part of our Merlin Annual Pass, and was one of the primary reasons for our visit.

2 comments on “Embrace the British seaside tradition: why Blackpool is so much more than chips and stag parties.”